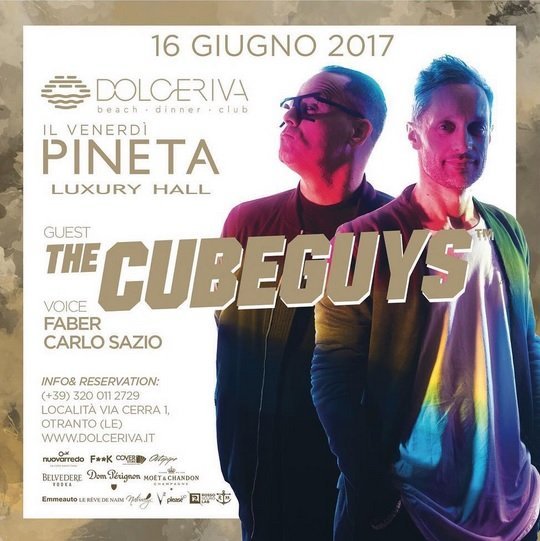 THE CUBE GUYS is a club project born in 2005 from the collaboration between two of the most important Italian producers: Roberto Intrallazzi and Luca Provera. Even if they have different background and professional training, theyʼre united by their common desire to release new productions and give their own contribution to the international club scene. They put together their previous experiences to launch their new creative and musical journey! These guys know how to take your dancefloor crazy and create magical moments. Drawing inspiration from the fresh, cutting-edge of international clubbing, The Cube Guys continue to strive to bring a twisted, yet floor rocking attitude to their productions and DJ performances. Their particular progressive-house sound, combined with tribal elements and vocal contributions, evolved during the years, becoming more and more international and original. They took part of most important parties and clubs all over the world. PRODUCTIONS AND REMIXES: Their sound has travelled all around the globe with props from Mark Knight, Pete Tong, Bob Sinclar, David Guetta, Erick Morillo, Dj Boris, Dave Morales, Hector Romero, Fedde Le Grand, Chus & Ceballos, Oscar G, Ralph Falcon and special support from Roger Sanchez. All the Cube Guys’ releases have been charted, selected and licensed by the most important international record companies, and day after day the requests to have their special ‘touch’ on new or just famous productions are increasing.